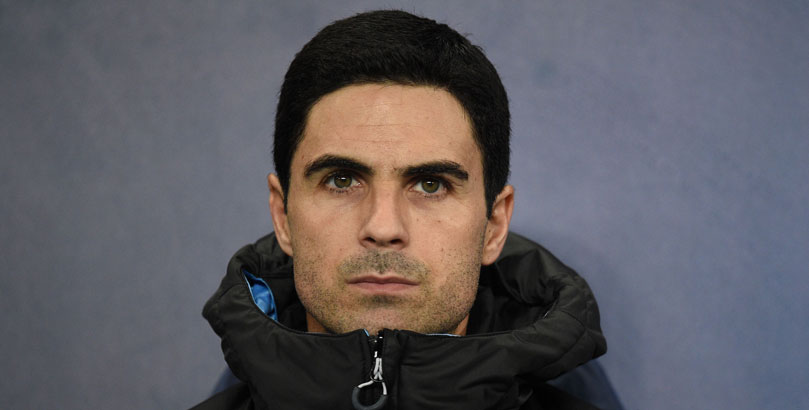 The fixtures don’t get any easier for under-fire Arsenal when they entertain Chelsea in the Premier League at Emirates Stadium on Boxing Day.

Mikel Arteta’s side have picked up just two points from their last seven games in this competition and were beaten 4-1 by Manchester City in the EFL Cup here on Tuesday.

With the Gunners looking woefully short of confidence, we’re taking 10/11 for an away win as our first Arsenal vs Chelsea prediction.

There has been some relief during the poor run of league results via victories in Europe, but question marks over the quality of opposition undermine those exploits.

In this week’s EFL Cup quarter-final, the Gunners did reasonably well to be level with City at half-time after Alexandre Lacazette cancelled out an early opener from Gabriel Jesus.

However, goals from Riyad Mahrez, Phil Foden and Aymeric Laporte in the second period saw the visitors ease through.

Arteta did make numerous changes for that tie and back-up goalkeeper Alex Runarsson failed to cover himself in glory, but it still increased the pressure on the Arsenal boss.

The Spaniard said: “It is a painful moment again, we started the game and conceded a soft goal really early. After that, in this moment, to get over that is difficult.”

The Gunners have at least managed to score in seven of their last nine matches in all competitions but seem increasingly fragile in defence.

Looking at the Arsenal vs Chelsea odds, let’s go with 11/4 for an away win and both teams to score.

Chelsea’s title aspirations took a hit with back-to-back losses versus Everton and Wolves but they rallied to see off West Ham 3-0 at Stamford Bridge.

Thiago Silva put the Blues ahead early on and then Tammy Abraham ended a month-long goal drought by bagging a late brace.

“It is good for Tammy’s confidence, clearly,” said Frank Lampard. “You have to work for your goals and he did work for the goals and put a lot of effort in.

“I wanted him to be a handful, I wanted to see movement and he did that. You need people scoring goals regularly and this will do Tammy good.”

Lampard does have quite a few injury concerns, with flying full-backs Ben Chilwell and Reece James troubled by ankle and knee problems.

Winger Hakim Ziyech also missed Monday’s game as he continues to recover from a hamstring issue, but there was still a nice balance to Lampard’s team.

The Blues prevailed 2-1 at this venue last season and 15/2 for a repeat of that scoreline is added to our Arsenal vs Chelsea betting tips.