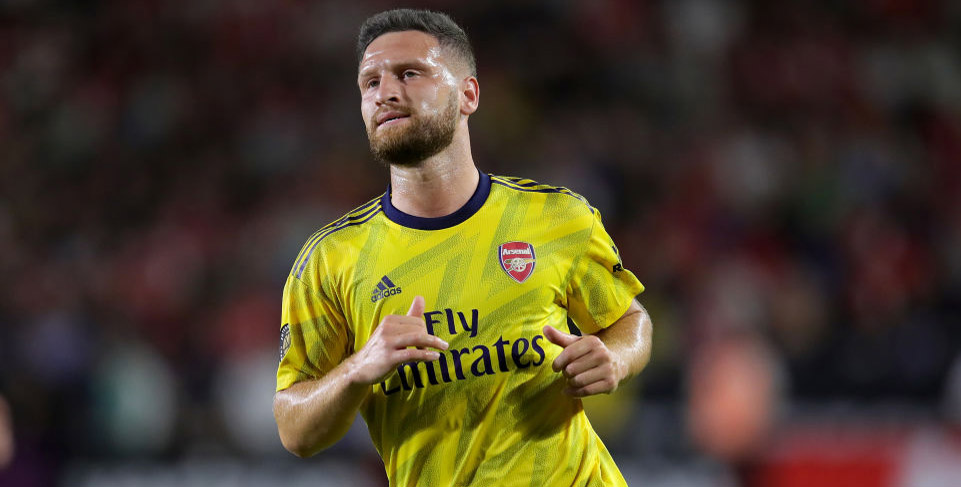 Arsenal have found St James’ Park a happy hunting ground in recent years, winning five of their past six Premier League away games against Newcastle.

The Gunners did the double over the Magpies last season and little that has happened over the summer suggests that United will be tougher opponents to face this term.

Punters can get 4/5 for the visitors to prevail again and that is our opening Newcastle vs Arsenal prediction.

Newcastle closed last season on a high note when winning 4-0 at Fulham, giving them 10 points out of the final 15 available, as they climbed up to 13th in the table.

However, the optimism provided by that late surge soon evaporated, with manager Rafael Benitez followed out of the exit door by Ayoze Perez, Salomon Rondon and Mohamed Diame.

New boss Steve Bruce is a proven performer when it comes to battening down the hatches, though, and he will ensure the Magpies do not wither away under his watch.

Bruce said of the 22-year-old: “He has got everything that a modern-day player wants. He is big, strong and athletic, and of course he’s got age on his side too.”

French winger Allan Saint-Maximin arrived from Nice for £16.5m, while a loan deal for Holland defender Jetro Willems and the £5m capture of Sweden right-back Emil Krafth will bolster the defence.

The Magpies have also taken a punt on former front man Andy Carroll putting a series of injury problems behind him, as he returns to St James’ Park eight years after leaving the club for Liverpool.

The Gunners still get the vote, but all of those previous five triumphs at St James’ Park mentioned above came via a one-goal margin and it may be that tight once more.

Looking at the Newcastle vs Arsenal odds, we like 27/10 for another single-goal away success.

The Gunners have now backed the Spaniard with some high-profile recruits, headlined by Ivory Coast winger Nicolas Pepe from Lille for a club-record £72m.

“Signing a top-class winger has been one of our key objectives in this transfer window and I’m delighted he’s joining,” beamed Emery.

“He will add pace, power and creativity, with the aim of bringing more goals to our team.”

Celtic full-back Kieran Tierney was another long-term target to arrive, while getting 22-year-old midfielder Dani Ceballos on a one-year loan deal from Real Madrid will help to address the loss of Aaron Ramsey.

Opinions will be divided on whether bringing in David Luiz from Chelsea is a wise option, but there was a need to strengthen that position following the departure of Laurent Koscielny.

Arsenal ultimately came up short in two brave attempts at qualifying for the Champions League last term, finishing fifth in the Premier League table and losing to Chelsea in the Europa League final.

On the domestic front, too many away defeats again proved costly, but it is worth noting that six of their seven wins on the road came versus teams in the bottom half.

In five of those games, both teams scored, so 9/4 for that to happen and the Gunners to oblige has obvious appeal.

Let’s also add 31/4 for a repeat of last season’s 2-1 scoreline at St James’ Park to our Newcastle vs Arsenal betting tips.