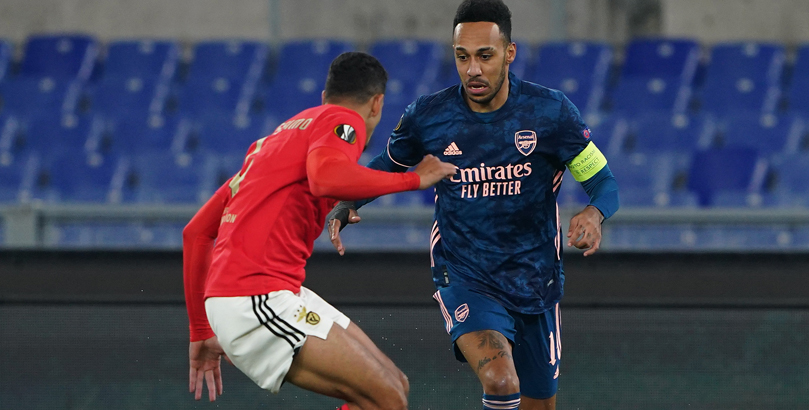 Arsenal were the better team in last week’s 1-1 Europa League draw with Benfica in Rome and are taken to come out on top in the second leg in Greece.

Coronavirus issues have created the need for neutral venues, but the Gunners have performed well on the road in this competition in recent years.

We’re happy to take 17/20 for Mikel Arteta’s men to prevail in Athens for our first Arsenal vs Benfica prediction.

Bukayo Saka’s sixth goal of the season cancelled out Pizzi’s penalty when these sides met at Stadio Olimpico, but Arsenal really should have claimed victory on the night.

Captain Pierre-Emerick Aubameyang missed a number of good chances to give the Gunners the advantage, with two in particular standing out.

Saka told the club website: “If we play like that again, then I feel like we just need to take our chances and we’ll definitely go through to the next round.

“We felt like we had the game in our hands from start to finish, we dominated them and we just needed to put our chances away.

“We conceded a goal that I didn’t think was a penalty, but that’s all they really created in the whole game. I think we dominated the game and we deserved more.”

Both of these teams were amongst the highest scorers during the group stage, so another entertaining encounter is on the cards.

Looking at the Arsenal vs Benfica odds, we reckon 15/8 for the Gunners to oblige and over 2.5 goals in the game is fair value.

A Look At Benfica’s Betting Odds

Like Arsenal, Benfica are going through a rocky patch in terms of domestic results, winning just one of their last seven Primeira Liga matches after Sunday’s draw at Farense.

That should at least ensure Jorge Jesus treats this contest seriously, as the Eagles go in search of a boost to their morale.

The head coach believes his side can still progress, stating: “We played against a team that has a lot of quality and great players, but our ambitions remain.

“The tie is open, it is true that the away goal can have an influence in the end. It’s another game away in Greece that we’re going to try to win.”

There are some potential attacking threats in the Benfica squad, but 2-2 and 3-3 draws with Rangers during the group stage highlight how they can be open at the back.

Let’s finish off our Arsenal vs Benfica betting tips by taking 11/4 for the Gunners to win and both teams to score. 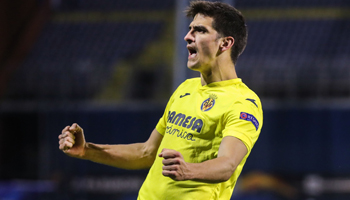 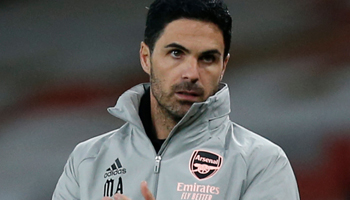