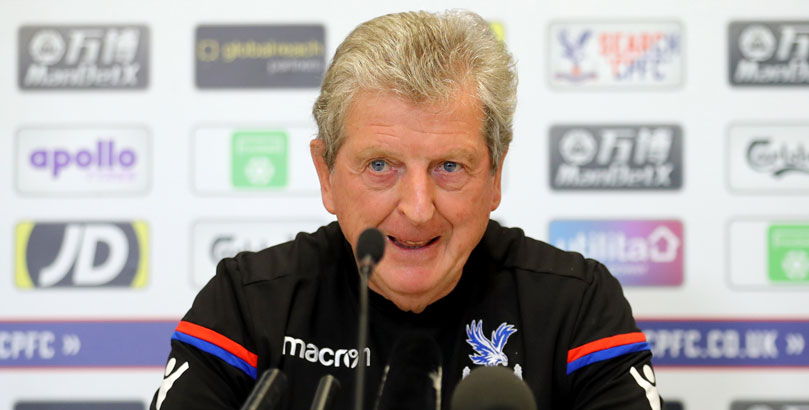 Crystal Palace and Arsenal have been involved in some cracking head-to-head encounters in recent times but we reckon Saturday’s meeting may buck that trend.

The last five renewals of this fixture have produced 23 goals, but this should be a tighter tussle, judged on current Premier League form.

Seven of the Eagles’ last eight top-flight fixtures have featured under 2.5 goals, while the same applies to five of the Gunners’ last seven away games.

Punters can get 6/5 for that bet to come in at Selhurst Park and that is our initial Crystal Palace vs Arsenal prediction.

Palace suffered a double blow on Sunday when crashing out of the FA Cup via a 1-0 home loss to Derby and suffering yet more injury issues.

Jairo Riedewald and Max Meyer were forced off after picking up knocks and join a long list of players receiving treatment.

It leaves boss Roy Hodgson in need of reinforcements and he said: “We’ve said since the summer transfer window we are looking to sign at least one, possibly two strikers and two full-backs.”

Given their current plight, Palace have done well to only lose one of their last eight league matches, securing three wins in that time.

One stat which stands out, though, is that nine of their last 11 top-flight fixtures have been goalless at half-time!

Looking at the Crystal Palace vs Arsenal odds, it is 11/5 for this contest to be 0-0 at the break.

Mikel Arteta needed to give his players a half-time blast before Arsenal claimed a 1-0 cup win over Leeds at Emirates Stadium.

The Gunners were outplayed for 45 minutes, but ended up progressing thanks to a much-improved performance in the second period and Reiss Nelson’s 55th-minute decider.

“When I see what I don’t want to see – and I am not talking about technically or tactically – what I expect from them and the standards we set, I cannot be happy and I have to let them know,” said Arteta.

“We had to react and we changed some things, but the biggest change was how we approached the second half, the mentality, how aggressive we were, how we played in their half, won every duel, making runs forward, it was different.”

Arsenal received another boost when Pierre-Emerick Aubameyang brushed aside transfer speculation to pledge his loyalty to the club.

The striker stated: “I am the Arsenal captain. I love this club. I am committed to it and desperate to bring it back to the top, where it belongs.”

Eight of Aubameyang’s 13 Premier League goals this season have been the final strike of the match, so he will be well backed at 11/4 to score last in any Crystal Palace vs Arsenal betting tips.

McGregor vs Cerrone: Early night for Notorious at UFC 246
Leicester vs Southampton: Saints fired up to face Foxes
Author