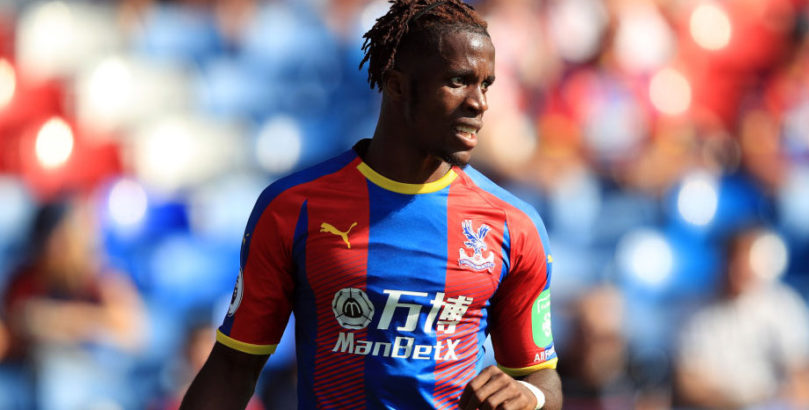 However, the Eagles played well in a 2-1 loss to Liverpool last time out and did the double over the Clarets last season, so we reckon these teams are hard to split.

Punters can get 11/5 for a draw at Turf Moor and that is our opening Burnley vs Crystal Palace prediction.

Powerful front men Ashley Barnes and Chris Wood each scored in both of those emphatic victories to help push Burnley up to seventh in the table.

Sean Dyche also hailed “big monster” Nick Pope for setting the groundwork for Saturday’s triumph at Vicarage Road, where the Hornets bossed the first half but failed to find a breakthrough.

“A goalkeeper can bring a calmness to a team and the defensive unit kept us in it at half-time,” declared Dyche.

“We couldn’t get a foothold in the game in that first half, so that resilience to make sure we stayed intact is a very important factor in the Premier League.

“You have to stay in it to win it and we did. I don’t think it was a 3-0 performance, Watford gave as good as they got, but you end up taking it, of course.

“Nick Pope has been brilliant and he’ll definitely take confidence from his time with England, so I hope he continues to grow for us now off the back of that.”

We do think the Clarets are slightly flattered by having faced two out-of-sorts opponents either side of the international break, though.

Looking at the Burnley vs Crystal Palace odds, there is plenty of appeal in 17/5 for the scores to be level at half-time and full-time.

Ashley Westwood misses out for Burnley through suspension and his absence potentially opens the door for Danny Drinkwater, who is finally fully fit after an ankle injury.

Dyche may well choose to move Jeff Hendrick into the midfield instead, though, and bring in either Robbie Brady or Aaron Lennon out wide.

Palace must travel to Lancashire having picked up just one point from their last five fixtures, but have had to contend with a daunting schedule.

The Eagles have lost to Manchester City, Leicester, Chelsea and Liverpool, but were competitive when hosting the Reds and did manage to secure a 2-2 stalemate at Arsenal during that tough stretch.

Against Liverpool, James Tomkins looked to have headed Palace in front at the end of the first half, but VAR ruled out the effort for a push elsewhere.

Wilfried Zaha later cancelled out Sadio Mane’s 49th-minute opener, only for Roberto Firmino to fire in a late decider.

Despite suffering another defeat, Roy Hodgson enthused: “I thought it was our best performance of the season. We really did play well.

“It’s a bitter blow after getting what we thought was a deserved equaliser to concede that second goal from the unfortunate corner kick and take away that point we thought we were more than worth.

“It’s football and we have to learn to live with that, but I do honestly believe that was a very good team performance.”

Zaha should benefit from bagging his first goal of the season and he is always an integral part of Palace’s game-plan.

Let’s finish off our Burnley vs Crystal Palace betting tips by taking 11/2 for a 1-1 stalemate.

Palace will be without defender Joel Ward due to a knee injury, but Mamadou Sakho and Connor Wickham are pushing for a return.

Is there a team to revolutionise the East?
Southampton vs Watford: St Mary’s stalemate on the cards
Author