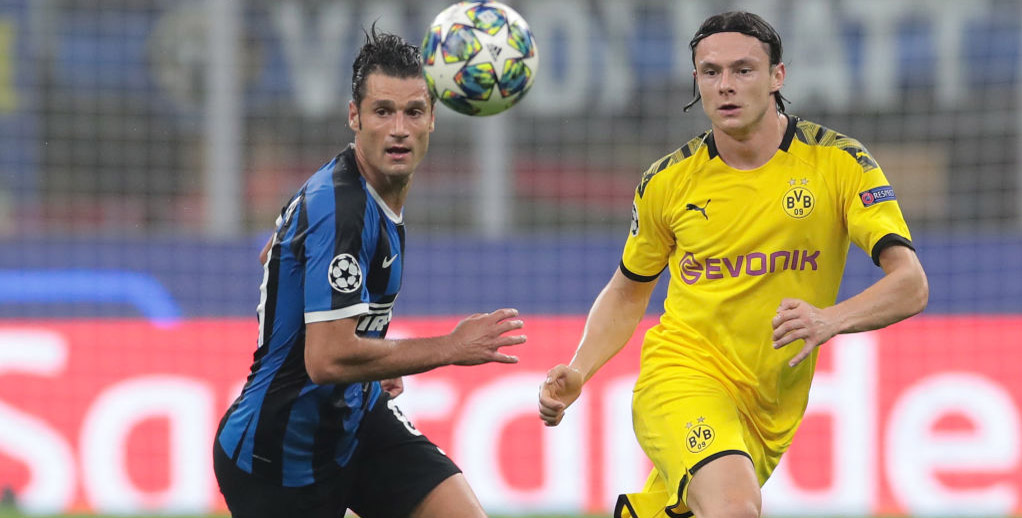 Borussia Dortmund and Inter Milan look to be battling it out for second place behind Barcelona in Group F of the Champions League and neither will want to give an inch here.

They are level on four points after the Nerazzurri secured a solid 2-0 success in Italy a fortnight ago and a tight tussle is expected in Germany.

We reckon 13/5 for a draw at Signal Iduna Park is great value for our opening Borussia Dortmund vs Inter Milan prediction.

Having drawn 0-0 at home to Barca before winning 2-0 at Slavia Prague, Lucien Favre went with a defensive approach at the San Siro.

However, playing with a back three, two defensive wingers and a couple of holding midfielders did not work out that night.

Lautaro Martinez put Inter ahead on 22 minutes and had a penalty saved before Antonio Candreva made sure of victory late on.

Mats Hummels did not think the tactics were to blame, stating: “While we failed to create something ourselves, we hardly allowed them anything as well.

Marco Reus missed that match but is doubtful again after picking up an ankle knock in Saturday’s 3-0 Bundesliga win over Wolfsburg, while Paco Alcacer only returned from injury for the final few minutes over the weekend.

If their creative flair is curtailed again here, Evens for under 2.5 goals in the game appeals from the Borussia Dortmund vs Inter Milan odds.

Inter badly needed a boost in the first encounter at the San Siro, having been held to a 1-1 draw at home to Slavia Prague prior to losing 2-1 at Barcelona.

“It was a very difficult match, very tactical,” stated Antonio Conte. “Both teams tried to surprise the other.

“We knew we had our backs to the wall after picking up just one point beforehand. It’s now about making sure we get the result we need in Dortmund; it’ll be a difficult game.”

Those comments lead us to believe that Conte would settle for a share of the spoils in Dortmund.

The Nerazzurri have won only two of their last 13 European away fixtures, so it is easy to see why the former Chelsea boss may feel that way.

Borussia, meanwhile, kept three clean sheets at this venue during last season’s pool stage and already have that goalless stalemate on the board here this term.

Let’s finish off our Borussia Dortmund vs Inter Milan betting tips by going for 0-0 at 31/4, as well as taking 17/4 for the scores to be level at half-time and full-time.

Newport vs Newcastle: Magpies look up for EFL Cup

Liverpool vs Arsenal: Reds can put Gunners in their place