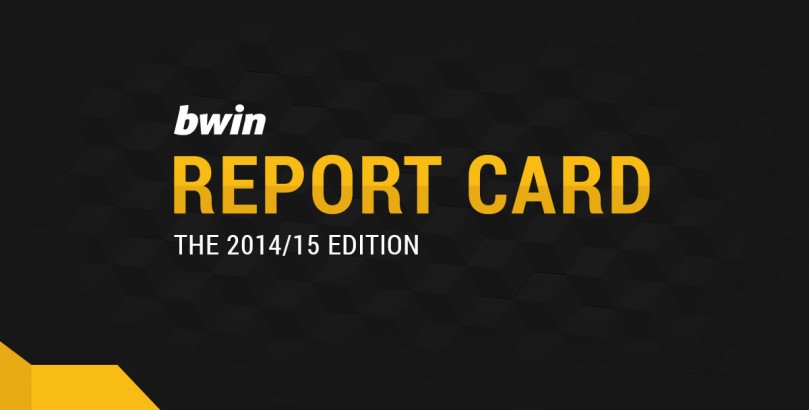 Mauricio Pochettino guiding Tottenham to a fifth-place finish in his first season in charge, one better than the Andre Villas-Boas/Tim Sherwood combination the term before, but with five points fewer than his predecessors neatly summarises Spurs’ inconsistencies.

Having not dealt in the business of mere summary for some time, news.bwin8392.com has delved far deeper to showcase just how conflicting Spurs players’ performances were this season, in the form of the famous school report card.

As the Argentine looks to make adjustments to a squad that are rated as 4/1 chances to finish in next season’s top four, he may want to take note of grades D and F:

As soon as the now England international came in to start his first Premier League game of the season in November, he never looked back. Kane never went longer than four games without a goal during the entire campaign.

Not many at White Hart Lane were able to live with Kane’s scoring exploits, but Chadli gave the local hero some impressive support.

The Belgian ended the term with 13 goals in total, with 11 of those coming in the top-flight to help make him one of the few positive purchases from the Gareth Bale sale.

In a modern world where goalkeepers are chastised with increasing glee, there were few, if any, instances in which the Frenchman was the hate mob’s central target.

That he became the club captain and is now a target of Manchester United only further illustrates his importance.

There couldn’t have been a more polar opposite manager to follow in Tim Sherwood’s footsteps in the White Hart Lane dugout.

Calm, understated and never one to make grand, head-scratching statements, Pochettino has made steady progress at Spurs but knows far more hard work is needed.

Spurs’ dead-ball specialist chipped in with 10 goals in the top-flight and became the poster boy of the side’s famed fitness improvement with a few late winners.

A disappointing return of just two assists for a creative midfielder dents his grade though.

When playing at centre-back, Dier showed a considerable amount of pace and composure on the ball to hint at reams of potential.

However, his constant shift to right-back stunted his ability to improve the core responsibilities of a defender.

Considering the central midfield duo were rarely seen without each other as the season progressed, it seems odd to separate them as far as the grades are concerned.

With Mason flying around like Scott Parker in his youth and Bentaleb picking passes from deep, Spurs lost more matches in all competitions when they weren’t paired in the starting XI.

Much like the aforementioned midfield tandem, these two are difficult to separate. One loss in the first 16 matches in which they played together suggested they were north London’s answer to Ferdinand and Vidic.

However, four wins in the next 10 and six defensive errors between them, three of which led to goals, indicates they aren’t quite the finished article.

For all the optimism that his compatriot manager would spark the best out of him, Lamela once again failed to fire.

Seven assists during the Premier League season isn’t a bad start, but too often Spurs’ record signing operated on the outskirts of events.

With Lamela failing to impress and Aaron Lennon farmed out on loan, there was a real chance for Townsend to grab a starting berth for himself.

Unfortunately he only succeeded in proving that he remains a one-dimensional footballer that only finds a streak of genius in his play when he’s wearing an England shirt.