Manchester City start their Premier League title defence at a ground that has not treated them well so far.

Pep Guardiola’s side have lost on all three visits to the Tottenham Hotspur Stadium without even scoring a goal.

But we reckon that will change this time around and an away win with both teams scoring at 21/10 is our first Tottenham vs Manchester City prediction.

Tottenham will head into the season under new management after Nuno Espirito Santo succeeded Jose Mourinho.

The former Wolves boss is expected to adapt an attacking approach at Spurs, who need to keep hold of Harry Kane after the striker was linked with a move to City before Euro 2020.

Tottenham will be boosted by their results on home soil against City, both domestically and in Europe.

After winning 1-0 in the Champions League in April 2019, Spurs have beaten City 2-0 in the Premier League over the last two seasons, with Son Heung-min scoring in all three.

Nuno will want his side to make a fast start and the hosts to be leading at half-time and lose is 20/1 in the Tottenham vs Manchester City odds.

City, still smarting from defeat to Chelsea in the Champions League final in May, will be looking to successfully defend their league title for a second time under Guardiola and are the Premier League title favourites.

They are reported to be looking to strengthen their glittering squad even further, with speculation surrounding England captain Kane and ​Aston Villa skipper Jack Grealish following the exit of record goalscorer Sergio Aguero.

City travelled well last season, winning 12 consecutive league games on the road before a defeat at Brighton in their penultimate match of the campaign.

They have won their last two meetings with Spurs including the Carabao Cup final at Wembley in April.

Another victory is likely and a 3-1 scoreline at 11/1 is our final Tottenham vs Manchester City prediction. 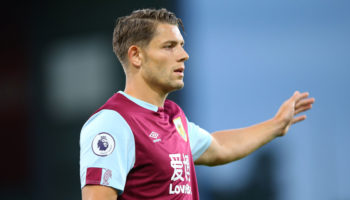