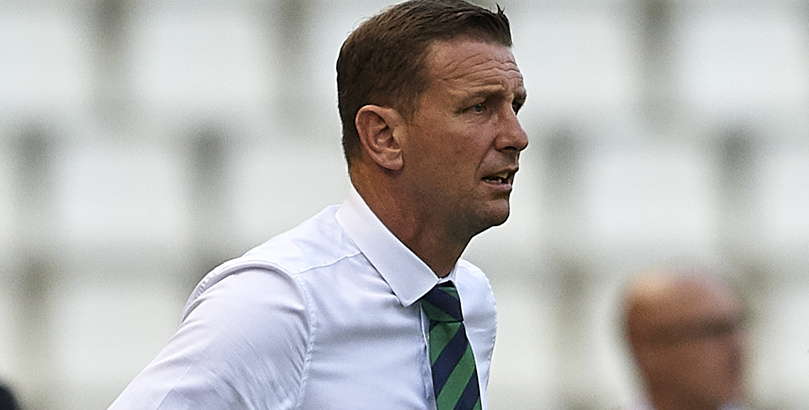 Northern Ireland and Slovakia both needed penalties to reach the Euro 2020 play-off finals and another tight tussle is expected in Belfast.

The visitors are rated a superior side on paper, but past evidence shows they do not travel well and that should ensure a cagey contest at Windsor Park.

We have no hesitation in taking 37/20 for this to be a draw at the end of normal time for our first Northern Ireland vs Slovakia prediction.

Northern Ireland finished a solid third behind Germany and Holland in their qualifying group.

Four wins over Belarus and Estonia showed they are a reliable outfit when performing in their own class.

A goalless stalemate with the Dutch at this venue also highlighted how significant home advantage could prove here, even with empty stands.

In their play-off semi-final, the green and white army showed great spirit to come from behind and draw 1-1 in Bosnia and Herzegovina, before prevailing 4-3 on spot-kicks.

Ian Baraclough brought on two late substitutes with the shoot-out in mind that night and is ready for this tie to go all the way, too.

“That’s something we’ve been working on for a few months,” he said. “If it needs to go there, we know we’ve got players who can last 120 minutes.

“If it goes to penalties, we know we’ve got players that can deal with that situation.”

Keeping things tight at the back is essential, as Baraclough’s side have scored only five goals in their last nine games.

That makes 6/5 for the score to be 0-0 at half-time stand out from the Northern Ireland vs Slovakia odds.

Slovakia have performed with credit in the last couple of qualifying campaigns for major tournaments.

The Falcons were second to England in a 2018 World Cup pool, finishing ahead of Scotland on goal difference.

They then trailed Wales by just a single point when third behind Croatia in a tight section for this competition.

Slovakia will be concerned by an away record which saw them lose five times to the stronger nations in those groups, with a 2-1 win in Hungary the only exception.

To be fair, though, they did also beat Lithuania, Malta and Azerbaijan on the road.

Last month, the Republic of Ireland created the better chances in a 0-0 draw in Bratislava but crashed out on penalties.

Northern Ireland will be wary of former Napoli playmaker Marek Hamsik, while Parma’s Juraj Kucka and Ondrej Duda of Cologne also feature in a strong midfield.

However, Pavel Hapal recently departed after a run of only one win in nine games and caretaker coach Stefan Tarkovic will take charge of this contest.

Just two clean sheets in 14 outings is another worrying stat, with late goals being a particular problem.

With so much at stake on this occasion, though, there is unlikely to be any dip in concentration in the closing stages.

Let’s go with 14/5 for the scores to be level at half-time and full-time for our final Northern Ireland vs Slovakia prediction.