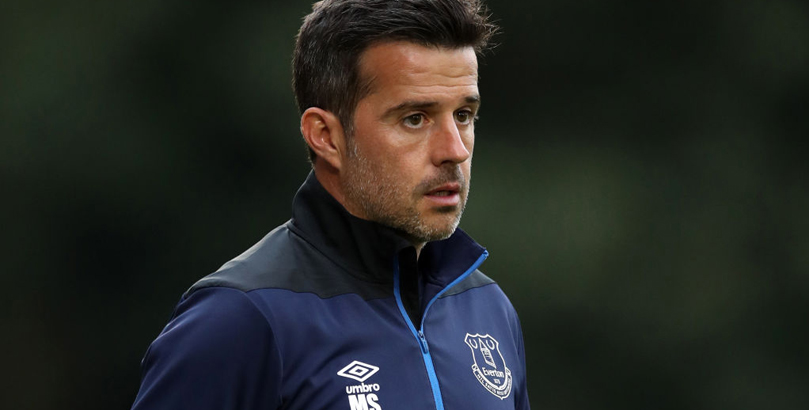 Following a poor run of results, Silva heads the betting at Evens, with Solskjaer quoted at 2/1, while Tottenham chief Mauricio Pochettino is then a 9/2 chance.

Silva is under considerable scrutiny after his side’s losing streak in the league extended to a fourth match with a 1-0 defeat at Burnley – the Toffees’ worst run in the division since 2014-15.

Rather than looking like contenders for a place in the top six, the club are now in 18th spot and boos could be heard from the visiting fans at Turf Moor as the Portuguese coach walked off after the final whistle.

Silva said of the supporters: “They will keep supporting us, I have no doubts about that, but if you are asking if they should be angry with the team and with myself, then of course, that is normal.

“In the last four games, we didn’t get the results and they have all the reasons to be angry with us.

“It is up to us to work harder, to be braver, to be more clinical – and our attacking players need to be more aggressive and assertive in these type of games.”

There was a pretty stark contrast last season between United’s results when Solskjaer was caretaker manager (10 wins in 13 league games) and after his appointment as permanent boss in March (two in eight) and the struggle has continued this term.

Things began well with a 4-0 thrashing of Chelsea, but there has been only one further top-flight victory since and three defeats.

United, on nine points, have made their worst start to a league campaign in 30 years and with his side 12th in the table following a 1-0 loss at Newcastle, just two points above the relegation zone, the pressure on the Norwegian looks to be mounting.

Pressure mounts on Ole and Poch

Former Red Devils defender Gary Neville commented on Sky Sports: “Away from home, they’re not set up to win in a sense of the mentality.

“They let games drift. I think they play okay in games, but they’re not ruthless, they’re not clinical.

“The quality is not right, the depth of their squad is not good enough and they have taken a step back.”

Tottenham have just two points more than United and the manner of their last two performances will have had alarm bells ringing, prompting Pochettino’s Premier League sack race odds to tumble.

Spurs were thrashed 7-2 at home by Bayern Munich in the Champions League and then went down 3-0 at Brighton on domestic duty.

However, Harry Winks insists the players are fully behind Pochettino and are determined to get through the current “dark times”.

The midfielder stated: “He’s our manager. He’s been fantastic ever since he’s been at the club and taken the club to new heights.

“At the moment, we are going through a bit of a rough patch, that happens in football. Every club goes through it.

“It’s important we stand up as men and get through these dark times, and hopefully we can get back to playing well and winning as much as we can.”

Zorya vs Leicester: Foxes are worth sticking with

LASK vs Tottenham: Spurs may settle for share of spoils