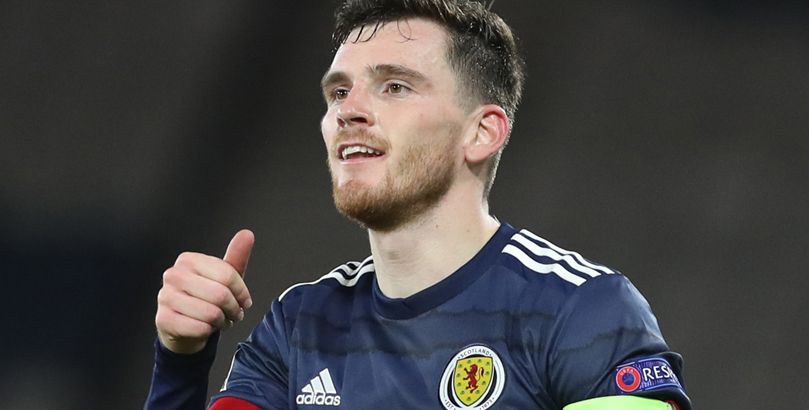 Scotland and Slovakia may find it difficult to come down from the highs of Thursday’s Euro 2020 play-off finals for Sunday’s Nations League clash.

These teams are at opposite ends of the Group B2 table but look pretty evenly matched on previous meetings in this competition and 2018 World Cup qualifying.

Steve Clarke would probably settle for a share of the spoils in Trnava, so 12/5 for a draw is our first Slovakia vs Scotland prediction.

Slovakia booked their place at next summer’s delayed Euro 2020 tournament by edging out Northern Ireland 2-1 in Belfast after extra-time.

Michal Duris struck in the 110th minute of the game after an 88th-minute own goal from Milan Skriniar cancelled out Juraj Kucka’s early opener.

The Falcons had previously beaten Republic of Ireland on penalties following a goalless stalemate in Bratislava.

In between those emotional victories, Pavel Hapal was replaced by caretaker coach Stefan Tarkovic and Slovakia lost 1-0 to Scotland in a tight Glasgow contest.

With just one point picked up from four games in this pool, Slovakia are facing relegation and it is hard to know how they will react to that plight here.

Chances were few and far between at Hampden Park, though, and we’re going for this to be another low-key affair, under the circumstances.

Looking at the Slovakia vs Scotland odds, we like 7/4 for no goals to be scored in the first half.

We tipped Scotland to upset the odds when visiting Serbia on Thursday and they eventually got the job done via a penalty shoot-out.

It shouldn’t have gone that far, as the Scots dominated the majority of the 90 minutes and led through Ryan Christie’s strike before Luka Jovic headed in a last-minute equaliser.

However, justice was done as the visitors recovered to finally succeed via David Marshall’s penalty stop against Aleksandar Mitrovic.

Clarke said: “Every player turned up and I’m not just talking about the 11 that started.

“That’s why we succeed, because for a long time we have been building this group of players and tonight we get the rewards.”

Scotland have also flourished in this competition, securing three wins and a draw from four outings to open up a four-point gap at the top of the table.

They did face Slovakia in qualifying for the last World Cup, losing 3-0 away and then scraping a 1-0 home win thanks to a late own goal.

The visitors have made much more progress since those meetings, but this still has to be regarded as a tricky test against a team which has a good home record overall.

Let’s add 4/1 for the scores to be level at half-time and full-time to our Slovakia vs Scotland betting tips.

Wales vs Republic of Ireland: Dragons get our vote
Belgium vs England: Red Devils can avenge Wembley loss
Author