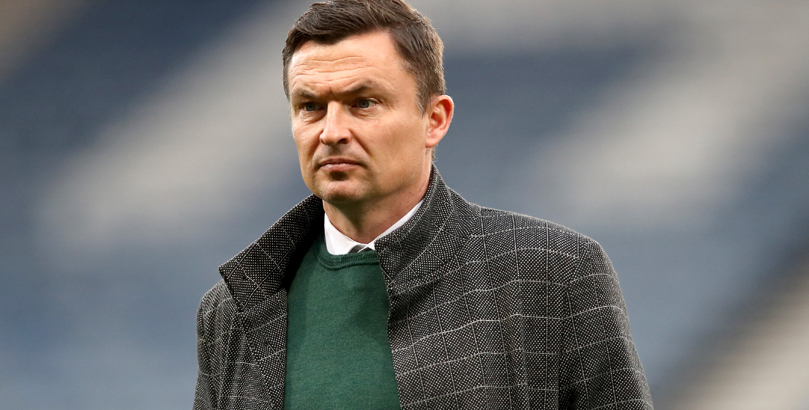 Sheffield United are doomed to relegation but may see Arsenal’s visit to Bramall Lane as their best chance to claim a notable scalp before going down.

The Blades took four points off the Gunners last term and gave them a good test in a narrow loss at Emirates Stadium earlier this season.

With Mikel Arteta’s men distracted by Europa League duties, 11/2 for a home win is big enough to tempt us in for our first Sheff Utd vs Arsenal prediction.

United returned from the international break with a fair effort when beaten 2-1 by Leeds at Elland Road.

Ben Osborn cancelled out Jack Harrison’s early opener but a Phil Jagielka own goal at the start of the second half proved decisive.

He said: “When the players give everything, when they leave everything on the pitch, you can’t be too critical.

“It’s been a tough year for everyone but we can either sit back and moan about that or start looking forward.

“And we want to look forward and start preparing for next season, whatever that brings – that is the focus.”

We’re hoping the players take those comments on board and start playing for their futures, whether at Bramall Lane or putting themselves in the shop window for a move.

The Blades have scored in all four league and cup meetings with the Gunners since coming up and 4/5 they net again here stands out from the Sheff Utd vs Arsenal odds.

Arsenal went into the international break buoyed by a derby win over Tottenham and coming from 3-0 down to draw at West Ham.

However, there was little for Arteta to enthuse over as Liverpool coasted to a 3-0 triumph at Emirates Stadium last weekend.

The Gunners were on the back foot throughout and sorely missed the likes of David Luiz, Bukayo Saka, Granit Xhaka and Emile Smith Rowe – all out through a mixture of illness and injury.

Kieran Tierney limping off just after the break was another blow while an anonymous Pierre-Emerick Aubameyang was left sulking when substituted.

“I think Liverpool completely deserved to win the game, probably with a bigger margin because they were much better than us in every single department and we were extremely poor,” admitted Arteta.

“I don’t know if it was the worst (performance of my reign) but probably one of the worst and the one that really shocked me.

“I think every defeat is different. This one hurts deeply because of the image we showed and the lack of clarity we wanted to get out from this game.

“We need to apologise to our people, to our fans, and this standard is nowhere near what we want. I am fully responsible for that.”

With that result leaving his team 10th in the table, Arteta could be forgiven for now putting even more focus on getting past Slavia Prague to reach the Europa League semis.