One of the football betting highlights of the year arrives on Sunday as Spain take on Italy in the final of Euro 2012 at Kiev’s Olympic Stadium.

Meanwhile, Italy, who have shaken off the impact of the ‘Calcioscommese’ scandal to make it this far, will aim to complete a remarkable triumph.

With so many different ways to punt on the match, we’ve decided to bring you some interesting trends from previous finals to guide your selections. Here are our top five.

Did you know that no team has ever successfully retained the Henri Delaunay trophy? Admittedly, it’s not the most original statistic – but it’s one which bears repeating in this context regardless.

The weight of this particular piece of history will be firmly on the shoulders of 2008 winners Spain, whose superstars have looked drained by last season’s club exploits at times during the tournament.

In fairness, La Roja have already achieved enough unique footballing feats in recent years to deserve punters’ respect ahead of the battle against Cesare Prandelli’s men.

But the momentum appears to be with the Azzurri and on top of the curse of the holders, Spain’s other European Championship win in 1964 was followed four years later by a victory for…yes, you guessed it, Italy.

As much as it pains me to have to bring you this news, the records suggest that we won’t be treated to a Euro 2012 final packed with goals.

In fact, all seven finals played since West Germany beat Belgium 2-1 in 1980 have each contained less than three normal-time goals – so under 2.5 goals in Spain v Italy looks worth some serious investment at 2/5, especially considering they drew 1-1 in Group C just three short weeks ago.

Dig a bit deeper and you will also discover that none of the last eight European Championship finals have featured more than one goal before half-time.

We’ve established already that normal-time goals have not exactly been flying in from all angles during recent European Championship finals.

In that context, it seems reasonable to suggest that one centre-back’s header from a set-piece or one moment of brilliance from a midfielder is just as likely to prove decisive as a striker’s predatory instincts.

But what the four most recent instalments tell us is the polar opposite – that if a goal is going to come in Kiev, it will almost certainly be provided by a striker.

Anyone questioning the inclusion of Wiltord should remember that he was very much playing up front by the time he grabbed the dramatic 90th-minute equaliser for France which forced extra-time in their clash with Italy 12 years ago.

And do you want the odd man out as well, so you can impress your mates in the pub on Sunday? Go on, then. It’s former Liverpool and Aston Villa midfielder Patrik Berger, who gave Czech Republic the lead in their eventual 2-1 defeat by Germany at Wembley in 1996.

Further intrigue is added here by the potential for Del Bosque to field no recognised strikers in his starting XI, as he has done on several occasions already in this tournament.

Torres appears most likely to make the cut after Alvaro Negredo’s stinker against Portugal and considering the figures mentioned above, it makes sense to back the Chelsea man at 7/1 to score first (rather than 9/4 at any time) if he starts.

Mario Balotelli (7/1 to score first), Antonio Cassano (11/1) and even likely substitute Antonio di Natale (9/1) all merit serious consideration for the exact same reason, as does the 11/10 that strikers score the most goals in the match.

Spain and Italy have both been involved in one penalty shoot-out apiece already at Euro 2012, but a repeat in Kiev appears to be only a remote possibility.

Just one previous final from the total of 13 contested down the years – Czechoslovakia’s victory over West Germany in 1976 – has been settled by the dreaded tussle from 12 yards.

While backing no shoot-out won’t be making anyone rich at 7/50, the records show that any cheeky additional long-shot punts should be going on alternatives such as Spain to win in extra-time (9/1) or the same for Italy (23/2).

Along the same lines, it should be noted that there has only ever been one red card shown in a European Championship final.

The culprit was France’s Yvon Le Roux, who was given his marching orders with five minutes remaining in Les Bleus’ 2-0 victory over Spain in 1984.

A price of 7/25 is offered on no red cards to be shown on Sunday and while I’ll resist calling that a sure thing – Balotelli will be on the pitch, after all – it looks a solid short-priced punt.

The occasional moments of stupidity are still there, but Prandelli, aided by his ‘code of ethics’, looks to have succeeded where club boss Roberto Mancini has often failed by getting the best out of the enigmatic striker when the chips are down.

The ingredients are there, in fairness, as he may begin to lose his rag when Spain’s domination of possession forces him to come increasingly deep to get involved in the game.

I just have a sneaky feeling that if he is going to make the headlines, it will be for the right reasons on this occasion, with an unexpected Golden Boot potentially heading his way.

New customers can register here to claim a free £20 bet or click here to see all our Euro 2012 odds.

Stick with Ronaldo in the all-Iberian matchup
Are you ready for the £10 to £10k challenge?
Author

As chief editor of bwinbetting, Chris combines his knowledge of English and European football with his love of gambling. Having cut his teeth in local newspaper journalism, he worked as a writer and sub-editor at the Non League Paper and was then sports editor at inthenews.co.uk before moving to his current post.

Stick with Ronaldo in the all-Iberian matchup 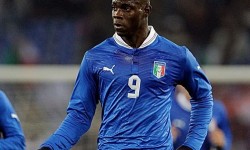