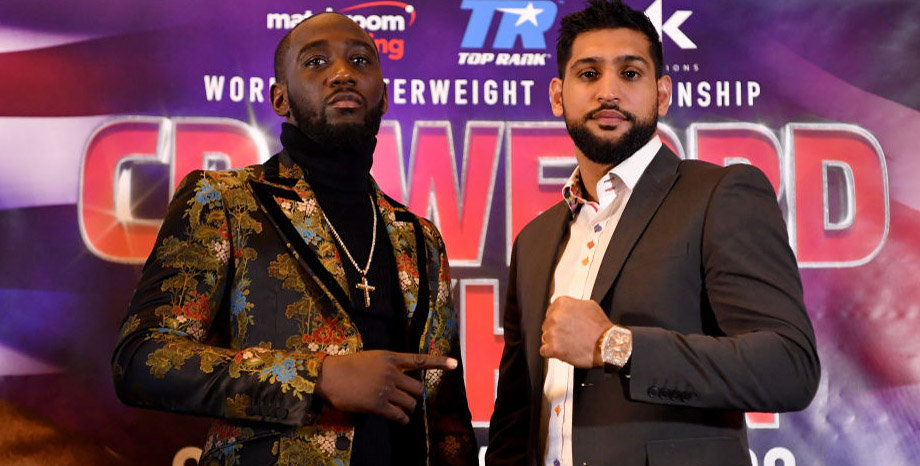 Amir Khan looks to have bitten off more than he can chew by challenging WBO welterweight champion Terence Crawford in New York this weekend.

The big-punching American will enter the ring with a perfect 34-0 record in the paid ranks and has secured 25 of those victories inside the distance.

We can’t envisage anything other than another stoppage win for ‘Bud’ and 1/4 for that outcome is our initial Crawford vs Khan prediction.

Crawford was taken the full 12 rounds by Ricky Burns when claiming his first world title at lightweight in Glasgow just over five years ago, but has grown in power by going up the scales.

He held all four major belts at 140lbs after knocking out the previously unbeaten Julius Indongo halfway through round three in August 2017.

Since moving up to welterweight, Crawford has stopped Manny Pacquiao’s conqueror Jeff Horn and Jose Benavidez in the latter stages of two convincing victories.

The champion seems to be getting better and better and 8/1 for him to prevail in round seven is added to our Crawford vs Khan betting tips.

“I look at myself as a complete fighter,” the 31-year-old told BT Sport. “There’s pretty much nothing I can’t do in the ring.

“There’s no way I’m taking Khan lightly, he’s very good at boxing and is very fast, but knowing when to unleash the power separates the average fighters from the elite fighters.

“I want to be regarded as the best pound-for-pound fighter on the planet and end up in the hall of fame!”

Khan no stranger to hitting canvas

Khan has had a fine and lucrative career, but four defeats in 37 bouts have exposed obvious flaws in the Bolton boxer, notably a fragile chin.

Three of the losses came via knockout, starting with the crushing first-round reversal against Breidis Prescott over a decade ago.

The Olympic silver medallist learned from that setback and modified his attacking style, but Danny Garcia and Saul Alvarez both proved too strong when stepping up in class.

After two years out of the ring, including an appearance on TV reality show I’m A Celebrity, Khan returned to action with an easy win over Phil Lo Greco in Liverpool last year.

However, he then had to survive a few scares against Colombia’s Samuel Vargas, who put Khan on the floor in round two and also troubled him in the sixth and the 10th.

Khan ultimately claimed a wide-margin points win, but there were some worrying signs of fatigue from the halfway mark onwards.

The challenger is hoping Crawford will suffer from complacency and insisted: “I’m not just a number. I know when I have to turn it on, I can turn it on.”

But we feel this task is beyond him at this point, so 53/100 for the fight to last less than nine rounds stands out from the Crawford vs Khan odds.

Wilder vs Fury II: Where will the fight be won and lost?