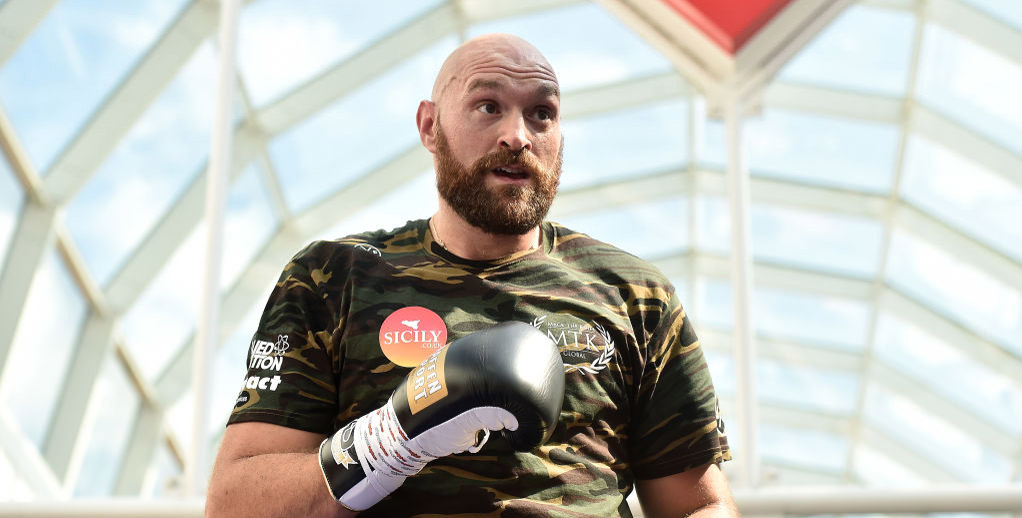 Tyson Fury will look to stay on course for a much-anticipated rematch with Deontay Wilder by seeing off Otto Wallin in Las Vegas.

The Gypsy King is expected to prove a cut above his Swedish opponent, who has a 20-0 record in the paid ranks but takes a huge step up in class for this contest.

We’re going with the favourite to oblige in round six at 8/1 for our opening Fury vs Wallin prediction.

Fury is also undefeated as a professional, having famously ended Wladimir Klitschko’s long reign as WBA, IBF and WBO heavyweight world champion back in November 2015.

Problems outside the ring prevented the Manchester fighter from fully cashing in on that triumph, but he returned rejuvenated from a two-and-a-half-year break.

After coming through a couple of low-key warm-up contests, Fury then gave WBC title holder Wilder all sorts of problems before a late knockdown left him having to settle for a draw.

Tom Schwarz was brushed aside just inside two rounds as the 31-year-old sought to keep active prior to a second clash with Wilder.

This has all the makings of another marking-time bout, but Fury will be fully focused on securing a 29th success in 30 fights.

Promoter Frank Warren told the Daily Star: “It’s easy with Fury to look ahead to the potential big matches, particularly the Deontay Wilder rematch, but no one is overlooking Otto.

“The 28-year-old is undefeated in 21 fights, knocking out 13 of his opponents. That’s a healthy record by anyone’s standards.

“I’m sure Tyson’s trainer Ben Davison has been doing his homework and Tyson and his team will walk into Las Vegas well prepared. Rest assured, there will be no mistakes.”

Wallin has sparred with big names

Wallin had a moderate 34-12 record as an amateur, although two of those defeats did come against Anthony Joshua, losing on points both times.

The 6ft 6in 28-year-old has been brought along nicely as a pro, securing the EBU European Union title 15 months ago.

However, rustiness could be an issue here, as a couple of potential fights failed to materialise and his April bout with Nick Kisner in Atlantic City ended in round one following a clash of heads.

Wallin declared: “I haven’t been at the elite level in fights but I have sparred big names and know I am at their level – Anthony Joshua, Kubrat Pulev, Adam Kownacki, Jarrell Miller.

“This is the moment I have been dreaming of since I started boxing when I was 15, but I have no pressure at all – I can only go in there and do my best.

“I am fighting probably the best heavyweight out there, at least the best boxer. He is a big guy, uses his size well. He is very skilled and can do a lot of things in there. He is tricky and has beaten good fighters.

“But I am really confident in myself and my work ethic. I have worked for a long time and dreamed of this moment. Now it is finally here and I have to try and grab it with both hands,” quotes BBC Sport.

Most shrewd judges believe Wallin has been given this chance on the back of an inflated ranking and that Fury’s camp see him as a low-risk option ahead of much-bigger pay-days.

The vibes are that he is competent enough to give the favourite a decent work-out, though, so an early blow-out is not anticipated.

However, 57/100 for the fight to last less than nine rounds still appeals from the Fury vs Wallin odds, while the Gypsy King is 1/4 to prevail inside the distance.

The Ashes: Aussies can confirm superiority in final Test
Derby vs Cardiff: Cagey contest on the cards at Pride Park
Author