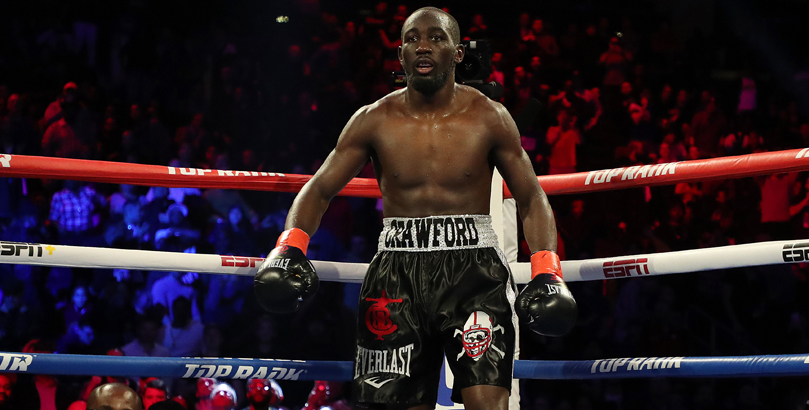 Kell Brook looks to have bitten off more than he can chew by challenging unbeaten WBO welterweight champion Terence Crawford in Las Vegas.

The 33-year-old American, nicknamed Bud, has a perfect 36-0 record and is rated among the best pound-for-pound fighters on the planet.

Crawford has stopped 27 of his victims and only two of his last 11 bouts have gone the full 12 rounds.

It is easy to see why Bud is as short as 2/5 to get the job done inside the distance again in the Terence Crawford vs Kell Brook odds.

Crawford claimed his first world title at lightweight when outpointing Scotland’s Ricky Burns in Glasgow back in 2014.

He later cleaned up at light-welterweight, becoming the first boxer to hold all four major belts in that division since Kostya Tszyu.

The Nebraska-born fighter dethroned previously unbeaten WBO title holder Jeff Horn in his first bout at welterweight and this will be his fourth defence of that crown.

Amir Khan found Crawford too hot to handle in April last year, being floored in the first round and then completely outboxed before an accidental low blow in the sixth ended that contest.

Most of Crawford’s wins tend to come in the second half of fights, though, with his incredible hand speed and slick counter-punching style gradually breaking down opponents.

That makes 5/4 for the champion to prevail in rounds 7-12 a solid Terence Crawford vs Kell Brook prediction, with 10/1 for round 8 catching the eye.

Brook is a former IBF title holder who claimed that belt off a fine opponent in American Shawn Porter, surprisingly securing a narrow points win across the Atlantic.

After three successful defences, Special K took the brave option of moving up to middleweight to face the outstanding Gennadiy Golovkin and paid a high price.

The Sheffield fighter boxed well in the early rounds but was battered into submission in the fifth by his big-punching rival.

An eye injury suffered against Golovkin came back to haunt Brook when he lost his IBF lightweight title to Errol Spence Jr next time out, being stopped in the 11th round.

That was in January 2017 and Brook has only had three bouts at light-middleweight since then, all ending in victory in his home city.

He said of this return to big-time boxing: “It’s a fantastic ﬁght, a proper ﬁght for the fans to get excited about.

“I’m sure it’s one that will have viewers on the edge of their seats, whichever side of the pond they’re from.

“I’ve been told there are people writing off my chances, questioning my age and my ability to make the weight. Well, let them talk.

“Some people focus on reading headlines, I focus on making headlines. Those people writing me off as a big underdog? No problem.

“I guess this big dog will be making a few people richer during a difficult time.”

However, switching from long-time trainer Dominic Ingle to a coach he spotted on Instagram has set alarm bells ringing and dropping back down to 147 pounds at the age of 34 will be difficult.

As the naturally bigger man, we think the challenger will hold his own for a while, before being cut apart by his opponent’s superior skills.

Let’s go with the champion to finish the job off in rounds 7-9 at 33/10 for our final Terence Crawford vs Kell Brook prediction.

Netherlands vs Spain: Dutch weakened by injury problems
England vs Republic of Ireland: Hosts to keep it clean
Author

Super League Grand Final: Wigan to end on a high