Want to win £130 with your free £25 bet for joining bwin8392.com? Well, there’s a veritable feast of action for football betting fans to get their teeth into on Wednesday and there should be plenty of goals on show at three games in particular. Back these selections in a treble and you may well be celebrating in a matter of hours at odds of just under 5/1. Read on to see why it’s a no-brainer!

Leeds United have been the kings of over 2.5 goals of late. In fact, last season, a massive 76% of their matches yielded over 2.5 goals. So far this term, 12 of their 15 matches have produced three goals or more and they have scored three goals themselves in their last two away matches. Birmingham have hit a real goalscoring purple patch of late, winning their last five matches and scoring 11 in the process. Their recent form looks solid, but their defence will find it very hard to stop a Leeds side that much prefer the ‘you score three we’ll score four’ approach rather than the keep it tight and snatch a goal way of thinking.

Next up we look at the Carling Cup clash between struggling Wolves and high-flying Manchester City. Wolves snatched a late 2-2 draw at home to Swansea on Saturday but boss Mick McCarthy is expected to ring the changes for this tie. In their last Carling Cup clash they hit Millwall for five – couple that with Manchester City smashing six past Manchester United at the weekend and it is not hard to see why this one will produce goals. City will rely on some of their ‘second’ string to deliver the goods here, albeit a reserve team that would pose a great challenge for any Premier League outfit. Roberto Mancini’s men have scored 16 in their last four matches – that in itself is enough to justify a bet on over 2.5 goals to be scored on the night!

(Click here to see all our Carling Cup odds)

Rayo Vallecano and Malaga have both had indifferent starts to the season and that means this one could be a goalfest. Big-spending Malaga have lost their last two matches with a 7-0 aggregate scoreline, while Vallecano’s 2-0 success over Betis last time out followed a run of four games in which ten goals were shipped. Manuel Pellegrini’s men will fancy their chances of a win here, while the home side will certainly get chances given Malaga’s recent form at the back.

(Click here to see all our La Liga odds)

All that’s left to say is good luck and make sure you check back to news.bwin8392.com/en/ for more great trebles and accumulators!

New customers can register here to claim a free £25 bet. 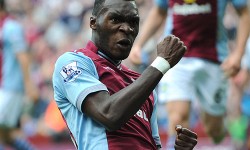 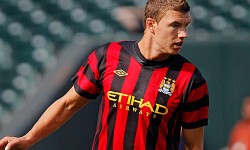